1934. The Soviet Union, Afghanistan, and Ecuador join the League of Nations, and the World Disarmament Conference ends in failure. The League of Nations is now the largest it will ever get – 58 members. However, no one is willing to take any risks when it comes to Hitler’s Germany so all disarmament proposals are rejected.

The World Disarmament Conference took place between 1932-1934 in Geneva, Switzerland; representatives from 60 countries attended. The Disarmament Commission opened the conference with a proposal for a one year moratorium on the expansion of armaments, and they even managed to obtain an initial agreement from France, Italy, Spain, Japan, and Britain to limit the size of their navies. However no final agreement was reached. Germany demanded military equality, and when it didn’t receive it, withdrew from the conference and the League. France, fearing a German attack, insisted on additional security commitments, which Britain and the United States (not a member of the League) were unwilling to offer. Poland and Czechoslovakia felt the same way about Germany, and the talks broke down. The failure of the conference and the overall weakness of the League of Nations was something I was thinking about when reading Triplanetary by E. E. Smith, the first book in his famous Lensman series.

Edward Elmer Smith (1890-1965), AKA E. E. “Doc” Smith, was an American food engineer (specializing in doughnut and pastry mixes) and science fiction author, best known for his Skylark and Lensman series. Smith is considered to be the father of Space Opera.

Smith’s career began with The Skylark of Space, a space opera about a scientist who discovers a space drive and sets off to the explore the galaxy with his friends. Smith felt the story he was imagining needed romantic elements, but was uncomfortable writing them so he recruited Lee Hawkins Garby, the wife of a former university classmate, to fill in the softer elements. The Skylark of Space was published as a three- part serial in Amazing Stories, and was a huge success; so much that the editor asked Smith to write a sequel to the story before the second installment had even been published.

The Skylark stories launched Smith’s career as a science fiction writer, a career which would later result in Spacehounds of IPC, the Lensman series, and two lesser known Lord Tedric novelettes. Smith’s work is generally classified as space opera. In his writing, he had a distinct preference for inventing technologies that while not strictly impossible were still considered to be highly unlikely. The more improbable the concept, the more he liked it. Smith is considered to be the first of the three “Novas” of twentieth century science fiction (the other two are Stanley G. Weinbaum and Robert Heinlein). Heinlein credited Smith as being his main influence, and wrote: “I have learned from many writers—from Verne and Wells and Campbell and Sinclair Lewis, et al.—but I have learned more from you than from any of the others and perhaps more than for all the others put together …”.

In 1966, the Lensman series was one of the runners-up for the Best All-Time Series Hugo award, and in 2004, Smith was inducted into the Science Fiction and Fantasy Hall of Fame.

The Lensman series is Smith’s attempt to create a space-police story. The series revolves around the Galactic Patrol, an interstellar military and law enforcement agency. The elite of the Galactic Patrol are the lensmen, each of whom is armed with the Lens, a tool that gives its wearer a wide range of mental capabilities, such as telepathy and mind reading. These can be used to enforce the law on alien planets, and bridge the communication gap between different life-forms. The Lens were created by the Arisians, an ancient species, who helped form the Galactic Patrol as part of a larger struggle against their equally ancient enemy, the Eddorians. The Arisians ultimate goal is for the patrol to take the sole responsibility of maintaining law and order in the galaxy. There are many who hypothesize that DC’s Green Lantern Corps was inspired by Lensman. However, the original editor, Julius Schwartz, denied any connection. Later Green Lantern writers, though, have added characters that directly reference the series, such as the alien Green Lanterns Arisia and Eddore.

The opening chapter of Triplanetary lays out the background to the entire series. Billions of years ago the only species in the Galaxy were the Arisians, a philosophical contemplative species who as a species evolved to develop mental powers. The Arisians only goal in life was to contemplate the universe and life, but then the Eddorians arrived. The Eddorians are a power hungry alien species whose power matches that of the Arisians. They desire to dominate all life in the galaxy. The Arisians, after concluding that the two species are evenly matched, went into hiding before the Eddorians could detect them. They decided that direct confrontation would result in their inevitable defeat. Therefore, it was necessary to create those who would eventually be able to face and ultimately defeat the Eddorians.

The Arisians begin a covert breeding program on every world capable of producing intelligent life with the long-term (millions of years) goal of creating individuals capable of wielding a weapon they will create (the Lens), and these individuals will be the ones to bring about the defeat of the Eddorians. The first chapters of Triplanetary are stories of five people who are part of this breeding program on Earth; in Atlantis, Rome, and the United States during the three world wars. Afterwards, comes a background story to the future when the Galactic Patrol is going to be founded. Humanity has explored the Solar System, and founded the Triplanetary league which consists of an alliance between the governments of Earth, Mars and Venus. Interplanetary commerce is plagued by pirates led by Roger the grey, secretly the Eddorian Gharlane. The Triplanetary League are in the midst of an engagement with Roger’s forces when an alien race, the Nevians show up. The Nevians are an amphibious race with superior technology who use iron as an energy source. They have a beam which can convert any iron into a liquid to be stored in tanks. Now all the humans need to do is convince them that they’re an intelligent species.

Imagine reading the Foundation series from Prelude to Foundation, Narnia from The Magician’s Nephew or Tolkien's Middle Earth from The Silmarillion. That’s kind of how I felt when reading Triplanetary, and for the same reason: I had started the series from the wrong book. Originally, the series comprised four novels: Galactic Patrol (1937-1938), Gray Lensman (1939-1940), Second Stage Lensmen (1941-1942) and Children of the Lens (1947-1948). These novels were published as serials in the Astounding Stories magazine. In 1948, following a suggestion from his publisher, Smith rewrote his older 1934 story Triplanetary, and retconned it into a prequel to the Lensman stories. He then wrote The First Lensman in 1950 as a link between Triplanetary and Galactic Patrol. Finally, in the years up to 1954, Smith continued to retcon the rest of the series to remove any inconsistencies between the original core series and Triplanetary. I read the 1948 version and not the original 1934 story, and reading it before the original novels was a big mistake.

Basically, I was expecting something amazing, and was very disappointed when the book didn’t live up to all the hype the series generated. Triplanetary as a prequel does not really do enough to explain what is going on, as far the overall series is concerned. The introduction was pretty clear, but then I was introduced to five individuals living in five different time periods, and I had no idea what their significance was. Afterwards, I was sent into the far future for a space adventure, which seemed completely disconnected from the previous chapters, and this made it even harder for me to connect to the book as a whole. It took me awhile to orient myself and realize that the space adventure needed to be read independently, and by the time it was over, I had no clue how the book was going to be connected to the future described in Galactic Patrol. Now IF I continue the series, I am faced with a difficult choice. Do I continue with The First Lensman, the next book according to the series internal chronology? Or do I skip to Galactic Patrol, the first book in the original series, and the reason it garnered so much fame? Not sure the headache is justified, but if yes, I’ll let you know. 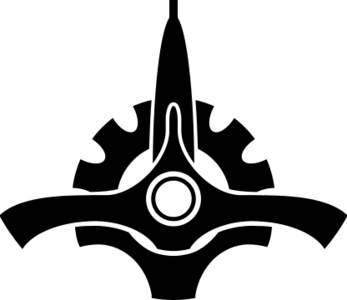 The Omer today is foundation in grandeur, something I was thinking about when reading about the League of Nations. I tried comparing its power, and that of the UN, to the Triplanetary League, and other world and galactic councils I have encountered in other mediums, such as Orson Scott Card’s Starways Congress, the Green Lantern Corps, or the Star Trek Federation. These are very important foundations, necessary to advance and protect humanity as a species, and help us take our place among the stars. However, in order for them to be effective they need to wield real power; whether it’s the Little Doctor or a Green Lantern ring. The League of Nations was dependent on the backing of it’s more powerful sponsors, and this is also the case with the UN today. Lack of independence means that very little can be done against acts of aggression by more powerful members, and those they sponsor. At the same time giving an independent organization that kind of power has its drawbacks. In Triplanetary there is a scene where a North American senator demands transparency from Virgil Samms, the head of the Triplanetary League and future founder of the Galactic Patrol. Samms, using intelligence gathered by the League, blackmails the senator into backing off (in the book it’s portrayed as a good thing). Think what would happen if the UN Human Rights council could do more than just issue condemnations? Would we really want that body wielding the most powerful weapons on the planet? I don’t really have any good answers to these questions, or how other than alien invasion or nuclear war we are going to advance to the stage where such a powerful body is established. However if we are ever going to colonize other planets and interact with other species, we’re going to need to have such a powerful body established and ready to help us with the task. It’s an important foundation for helping the human species achieve a whole new level of grandeur, and I want to see it in place and functioning before we invent the warp drive – preferably tomorrow.